Nether Edge Living – in the Workhouse!

Our development is on the site of a Victorian Workhouse, built mainly between 1841 and 1844.

Over the years, further land was purchased and developed and the site grew to its present size of approximately 10 acres. In its heyday, the Workhouse accommodated over 1,000 paupers, some of whom were sick, as well as up to 100 vagrants (the term used to describe those not permanently resident) per week, who were housed in what is now Osborne Walk.

Victoria was opened as a maternity unit in 1897 (Queen Victoria’s Diamond Jubilee Year) on the day she came to Sheffield to open the newly-built Town Hall.

In 1914, the term Workhouse was abandoned in favor of Institution. In 1929, the terms lunatic, asylum and pauper were replaced by mental disorder, mental hospital and rate-aided and at this time, the Institution became known as Nether Edge Hospital.

By the beginning of World War II, the hospital comprised a maternity unit, 4 sanatoria and 6 wards for the chronically sick, accommodating a total of 600 patients. In December 1940, the hospital was hit by 3 high-explosive bombs and numerous incendiary devices which damaged parts of it beyond repair – not to mention cutting off all power and water! By January the following year, the hospital was operational again and from November 1944 until May 1945, one ward was in use for the care of sick and wounded German prisoners of war. 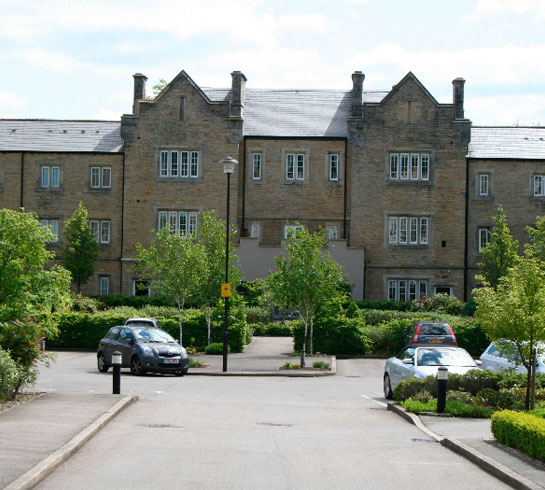 The National Health Service Act came into force in July 1948 and responsibility for the hospital devolved to Sheffield No.1 Hospital Management Committee.  The NHS continued to develop and modify the site.  A new geriatric block was constructed, together with a five-story maternity unit on the site of what is now Sheaf 2.  Part of Muxlow was altered to provide a physiotherapy and occupational therapy unit, while Cliffe housed young disabled patients.  Edward 1 and 2 provided wards for the chronically sick while Alexandra provided geriatric care for 48 female patients. 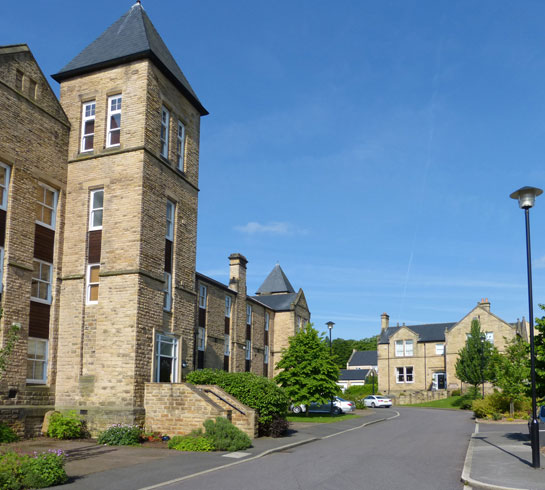 By 1987, signs began to appear of major changes to come and in spite of protests and demonstrations, the maternity wards were closed in 1991.  This was followed by further closures and changes and by 1997, all patients from the old wards had been transferred to other hospitals.  However, the newer Cavendish wards, together with the Lyndhurst block and various other buildings were amalgamated to create the Michael Carlisle Centre which was formally opened by HRH the Duchess of Gloucester on 26 October 1999.

This Centre adjoins the boundary of our development and retained the higher part of the site beyond the water feature to the rear of Sheaf 2.  For a short period after the closure of the majority of the old wards, Community Health Sheffield continued to use Alexandra and Victoria wards, but these too were abandoned and the only part of the development retained by them is the lodge adjacent to the Union Road gates together with associated car parking area. It was renamed Flockton House in memory of William Flockton, the original architect of the Workhouse.

If you are interested in further information on the history of development, there is an excellent publication available by Joan Flett – The Story of the Workhouse and the Hospital at Nether Edge.

The site was bought by Gleeson Homes in 1997 – one of the first major brownfield sites to be developed for housing.

The development is situated in a Conservation Area and is bounded by Osborne Road, Union Road and Lyndhurst Road – the fourth side sharing a boundary with the Michael Carlisle Centre.  There are 187 dwellings – individual new-build houses and apartments and refurbished hospital buildings providing both houses and apartments of varying size.  The complex also has a leisure suite, comprising the pool, sauna, spa, gym, and studio for the use of residents and their guests.  Nether Edge Management Company Limited is the leaseholder of this facility.

There is quite a contrast in the different uses to which this site has been put throughout the last hundred or so years.  It is a delightful place to live now – not necessarily something which the original occupants might have said! 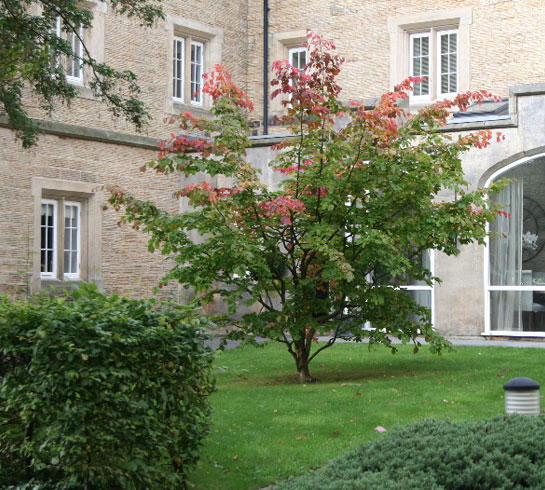